Ever since its formation Ensemble musikFabrik has had the reputation of being one of the leading ensembles for contemporary music. Following the literal meaning of its name, Ensemble musikFabrik is particularly dedicated to artistic innovation. New, unknown, and often personally commissioned works in an unusual media are typical of their productions. The results of their extensive work, that usually takes place in close collaboration with the composers, is presented by the Cologne-based international soloist ensemble in over 100 concerts a year in both Germany and abroad, at Festivals, in their own series “musikFabrik in WDR” and in regular radio recordings and CD productions. 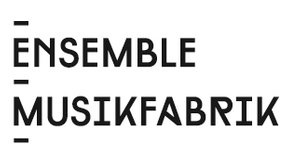 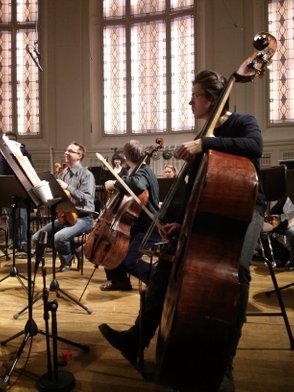 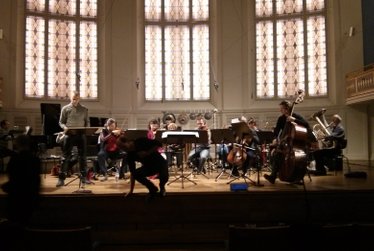 New music comes in all shapes and sizes, but Ensemble Modern has consistently demonstrated the flexibility and commitment to do it justice. The ensemble was founded in 1980 and has since been at the forefront of contemporary music, giving hundreds of premieres.

The group has always moved with the times. One surprising collaboration was with Frank Zappa, who wrote a concert of music for the Ensemble entitled The Yellow Shark. At the other end of the spectrum, the Ensemble has upheld the Modernist values of the conservatoire tradition, performing works by Henze, Kagel and Lachenmann. More popular styles of new music also have a place in the Ensemble Modern repertoire, including music by John Adams and Steve Reich.

Ensemble Modern gives around 100 concerts a year, mainly in Frankfurt, its home since 1985, but also in other cultural centres around the world. Interpretive focus, attention to detail and boundless energy are the hallmarks of the group's performances. Its premieres give new works the best possible start, while its performances of the Modernist classics makes them sound equally fresh. 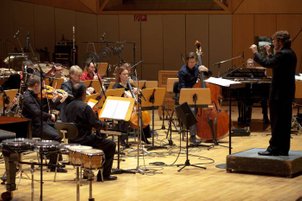 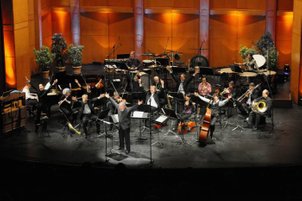