This unusual Norwegian trio is doing interesting work off the beaten track. The unusual begins with the instrumentation ...and display considerable technical depth and breadth, as well as strong ensemble identity (Julian Cowley, The Wire).

POING is Rolf-Erik Nystrøm on saxophones, Frode Haltli on accordion and Håkon Thelin on double bass. They started playing together in 1999, and have since been one of the leading ensembles for contemporary music in Scandinavia. They have played in clubs and concert halls in most European countries, the US as well as in China and Japan, with more than 100 first performances.

The three musicians are among the world's top performers on their instruments, both as interpreters of notated music and improvisation. Their unique flexibility results in many untraditional commissions by composers and festivals that go beyond the usual interpretation, interaction and dissemination of contemporary music. For their work with contemporary music, POING were in 2009 awarded "Performer of the Year" by the Norwegian Society of Composers.

In 2011, POING were artistic directors of the Ultima Festival in Oslo, Scandinavias largest festival for contemporary music. 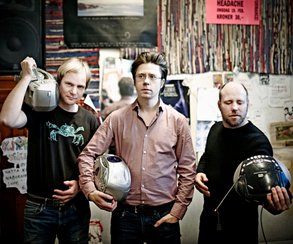 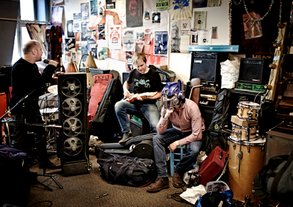