Together with Rolf-Erik Nystrøm on saxophones and Frode Haltli on accordion, Håkon forms POING, an ensemble which, since they started playing together in 1999, have been one of the leading ensembles for contemporary music in Scandinavia. They have played in clubs and concert halls in most European countries, the US as well as in China and Japan, with more than 150 first performances. For their work with contemporary music, POING were in 2009 awarded "Performer of the Year" by the Norwegian Society of Composers.

Håkon' CD releases includes the 2004 solo release "a p)reference to other things", presenting works by Iannis Xenakis, Bent Sørensen and Jacob Druckman. His second solo recording called "Light" was released in 2011, featuring his own compositions. Light was awarded the Norwegian Grammy "Spellemannsprisen" in 2012 for best contemporary album. In 2015 he released the CD "Folk", with works inspired by folk music. He has also recorded a duo album with bassist Stefano Scodanibbio and a tribute CD to Scodanibbio together with bass players like Mark Dresser, Sebastian Gramms, Jöelle Leandre and Barre Phillips. Together with the folk singer Unni Løvlid he has released the albums "Lux" and "Hymn".

Håkon plays a bass made by Giovanni Battista Ceruti (Cremona, 1800), owned by Sparebankstiftelsen DNB/Dextra Musica, and a bass made by Peter Elias in 1999. His uses custom made bows by Boris Fritsch and Jean Grunberger.

Read more about the instrument here > 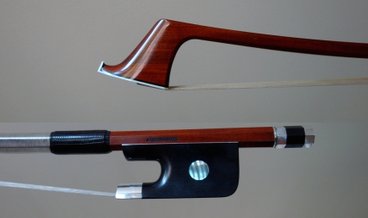